COVID-19 Update: What to Expect in Our Office Our Commitment to Health and Safety. Click here to read more about our safety protocols. 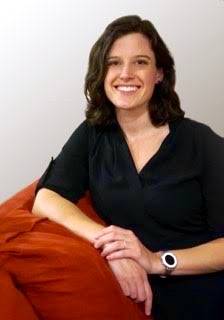 Dr. Stephanie Montgomery has been in practice for 5 years, and possesses a BSc. in Biology from Birmingham Southern College, and a Doctor of Optometry from University of Alabama in Birmingham, School  of Optometry. She is also a proud member of the Alabama Optometric Association and the American Optometric Association, and winner of an award from the Gold Key Leadership Society. She specializes in primary eye care, and particularly loves working with children.

Growing up in Chattanooga, TN,  in the mountains of Tennessee, Dr. Montgomery was an avid outdoors lover, and was even involved in climbing teams. She also worked as a raft guide and once won "The Woman of the Wilderness" Award!

When asked why she chose to go into Optometry, Dr. Montgomery relates, “ I wanted an occupation where I could help and serve others. I like being able to enhance people's quality of life by helping to improve their eyesight. I love the improvement that glasses can have on a patient's vision. I once put a 9 month old little girl in glasses to correct her large amount of farsightedness. Her mother later told me that when she put on her glasses, the little girl reached up and touched her mother's eyelashes. Her mother remarked that she was sure that was the first time she could see them.”

In her spare time, Dr. Montgomery enjoys boating, gardening and watching 90’s sitcoms. She also very much enjoys spending time with her husband, William, who gave up marine biology research to repair and restore old boats, and her little boy, Ethan, who is definitely made out of “snakes, snails and puppy tails,” and who takes up just about all of her free time. She often jokes that she has forgotten what free time even is!


Schedule An Appointment
Review Us Online
Patient Portal
Contact Us
You can reach us by phone at (251) 929-4575.
Order Contacts Online